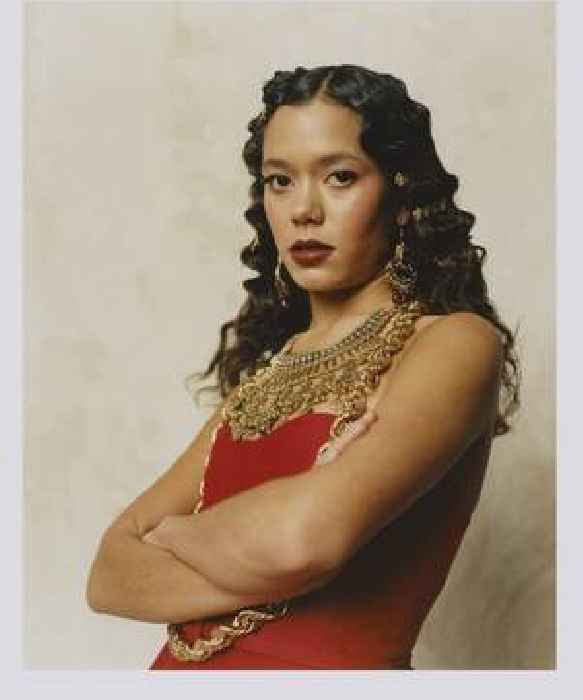 'The Things You Do'

*Tara Lily* grew up around music.

Raised in a Peckham council flat, family nights would linger around the stereo, moving from hip-hop to soul, via pop, jazz, and more.

Absorbing everything she could get her hands on, Tara entered the BRIT School as a school, fully immersing herself in the curriculum.

But she always wanted to walk her own path. Early release 'Who Saw Who' matched her twilight jazz impulses to production from Jammer, a pivotal grime figure known for his Boy Better Know alignment.

Tara Lily was then snapped up by Motown Records UK, with her incoming EP 'Lost In London' set to land later on this year.

New single 'The Things You Do' leads the way. A song that occupies an intensely personal place in her life, it was sculpted alongside producer Hannah V.

Her gorgeous voice leads the way, with Tara Lily achieving an incredibly natural form of classicism, one that takes the best elements of the past and matches it to fresh ideas.

The video is beautiful, perfectly amplifying her fondness for achieve jazz imagery which reflecting the breadth of her vision.

We're able to bring you the video for 'The Things You Do' before anyone else - check it out below, then catch a Q&A with Tara Lily chaired by Clash writer Yasmin Cowan after the jump.

*In the video for ‘The Things You Do’, the worlds of fashion, film and music collide to create a stunning portrait of golden age glamour and lethal romance – How did you find the process of working with Sammy King (director for ‘Love Is Back’ by Celeste) and a stylist like Soki Mak (Nadia Lee) for the video?*

I asked both Sammy and Soki to work on the video. They are both very experienced and talented women shaping and defining their own styles within the scene. They have both worked on a wide range of eras with a focus on vintage film aesthetic. We also worked with ‘Girls in film’ a female production company with all female heads of department. It felt great to work with so many amazing women who are all top in their game.

*‘The Things You Do’ is a sobering, lucid and realistic portrayal of someone reflecting on a heartbreak. Once the dust settles, revisiting a past relationship with the gift of hindsight grants you a degree of clarity over certain situations and allows you to see things as they really were – was the choice to use Rio Cinema in Dalston as the setting for the video influenced by this familiar process?*

So for ‘The Things You Do’ and my debut EP which drops later on this year I decided to use mostly art deco references and locations tying into the golden age glamour and the great depression around the time early jazz was born. We are experiencing a similar thing in history now so I wanted to draw on those themes. The combination of street and sheek.

*Your affinity with the past and the allure of nostalgia are themes seen throughout your music, as well as your visuals and sense of style – Is this admiration for years gone by a means of escape for you or do you feel like certain aspects of bygone eras are simply better than modern life?*

I think my affinity with the past doesn’t seem like the past to me. I’m interested in how the past sits alongside the present in music as well. That’s why I worked with modern production ie beats, synths etc. Jazz is something I’ve spent a lot of my life emerged in so it’s just become a part of my life now I guess.

My style and visual approach has always been built around my music. They are not separate entities. I won’t use a style because it’s cool or for the sake of it. It has to fit artistically with the themes I’m drawing on and reference of the music I am making.

*You have alluded to possessing a taste for theatrics and how your music could work well for film, possibly even a James Bond movie – as an accomplished jazz musician, do you ever see yourself composing film scores, if so what would be your ideal film to do the score for?*

Yeah for sure. James Bond would be great otherwise right now a modern Gatsby. I had to write big band charts at collage so it taught me a lot about composition and arrangement which gave me ideas on how I wanted the production of my debut EP to be, a blend of jazz, R&B, and rap production.