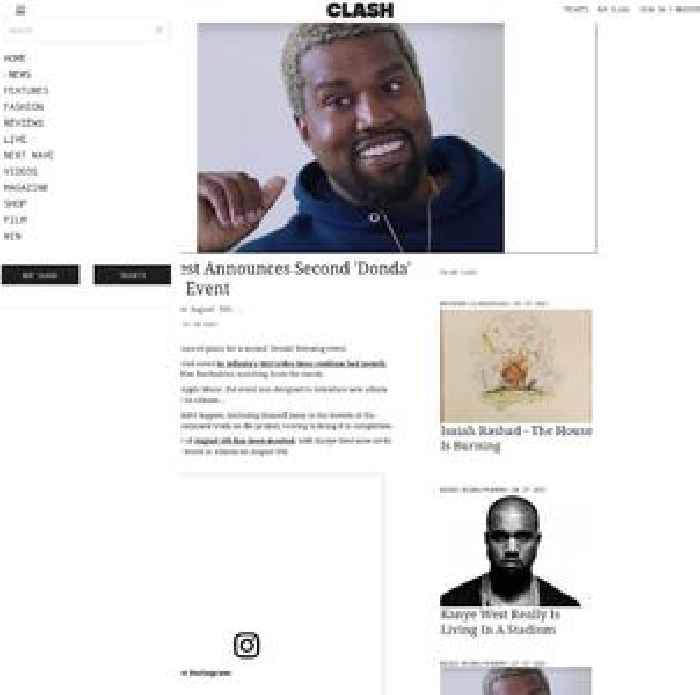 Broadcast online via Apple Music, the event was designed to introduce new album 'Donda' to fans before its release...

But then the release didn't happen. Secluding himself away in the bowels of the stadium, Kanye has continued work on the project, vowing to bring it to completion.

A revised release date of *August 6th has been mooted*, with Kanye West now set to hold a second 'Donda' event in Atlanta on August 5th.

Kanye West's "Donda" Explained and What Happened on Social Media

Kanye West Is Reportedly Moving to Another Stadium To Finish ‘Donda’