‘In the Heights’ to Open Tribeca Film Festival 2021 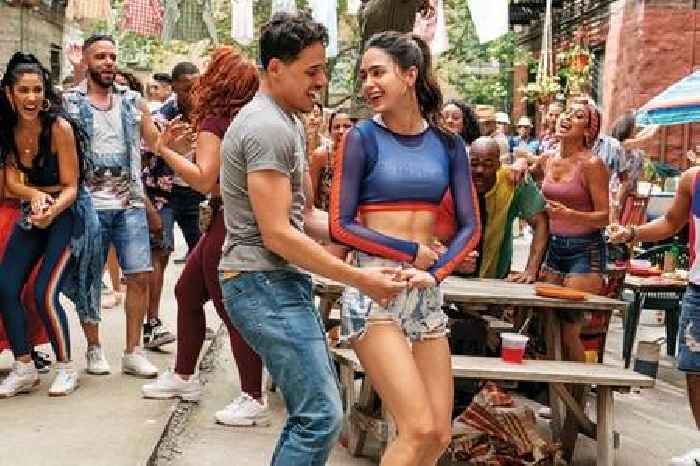 ‘In the Heights’ to Open Tribeca Film Festival 2021

Lin-Manuel Miranda and Jon M. Chu’s “In the Heights” will open the 2021 Tribeca Film Festival in June. The musical will have its world premiere at the United Palace in Washington Heights (of course) and be broadcast simultaneously across all five boroughs of New York City at outdoor screenings, the film festival said Friday.

“It is such an honor to open the 20th anniversary Tribeca Festival with ‘In the Heights,'” Miranda said. “We’re so excited to welcome them uptown! This will be an unforgettable night at the United Palace. We can’t wait to share this musical love letter to our community, with our community, in our community.”

Before “Hamilton,” Lin-Manuel Miranda made a name for himself on Broadway with “In the Heights,” a Tony-winning musical about Usnavi, a resident of Washington Heights in New York who has dreams of a better life. During a fateful summer, Usnavi and his family and neighbors face tough decisions that challenge their sense of hope and reveal what home truly means to them.

The film was originally set for theatrical release on June 26, 2020 but was pushed back due to the pandemic. It will now be released on June 18 in theaters and on HBO Max, following its world premiere at the Tribeca Film Festival.

Tribeca said Friday regarding the event: “To ensure everyone’s safety, we are working closely with the New York State Department of Health to meet COVID-19 protocol.”

Last Month, the Tribeca Film Festival announced it was going ahead with its 20th-anniversary edition this June, moving screenings to outdoor venues and becoming the first major U.S. film festival held in person since the start of the COVID-19 pandemic.

As part of the festival, outdoor screenings will be held in all five New York City boroughs using portable 40-foot LED screens that will travel to different venues; community screenings will be included as part of the program. Among the venues that have been confirmed so far are Brookfield Place New York, Pier 57 Rooftop, The Battery, Hudson Yards in Manhattan, Empire Outlets in Staten Island and MetroTech Commons in Brooklyn.

The 2021 Tribeca Film Festival will be held June 9-20. The closing film, as well as the festival’s complete lineup, will be released at a later date.

'In The Heights' To Premiere At Tribeca Film Festival

The highly-anticipated movie, set in Washington Heights, is an adaptation of Lin Manuel Miranda's musical.