After Disney Pulls Execs From CinemaCon, Other Studios Take 'Wait and See' Approach 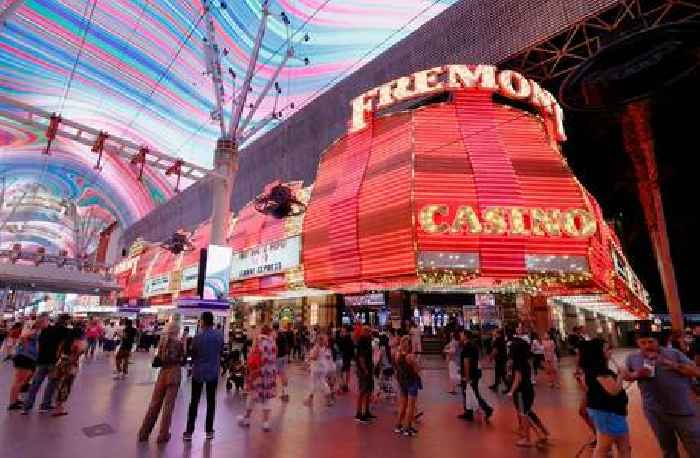 After Disney Pulls Execs From CinemaCon, Other Studios Take 'Wait and See' Approach

Disney threw a wrench in the National Association of Theater Owners' plans for next month's CinemaCon with its decision to not have its top executives attend the Las Vegas event. But so far, other major Hollywood studios have not followed suit.

Individuals at Universal, Paramount, Warner Bros., Sony and Lionsgate all tell TheWrap that they are currently monitoring the COVID-19 case rate in Las Vegas, but as things stand they are still planning to hold presentations of their upcoming slates with studio chairmen and distribution heads on stage at Caesar's Palace.

"We have had meetings about it but it's a very 'wait and see' approach right now," said one studio insider who spoke on condition on anonymity. "There's been murmurs everywhere of other studios dropping out but I think everyone is just waiting to see what the situation with the virus looks like closer to the event."

This past weekend, Disney made the decision to pull its executives from an in-person presentation of its upcoming film slate, instead offering attendees an advance screening of Marvel Studios' upcoming "Shang-Chi and the Legend of the Ten Rings" during its scheduled presentation time. A Disney rep said the move grew out of concern for increasing COVID-19 cases in Nevada's Clark County, which on Monday reported a daily case count of over 2,000 for the first time since mid-January.

Other studios' slate presentations will look more like the bare-bones approach that Disney has taken in years past, insiders said. Most studios are expected to forgo the usual CinemaCon presentation studded with onstage appearances by directors and stars from upcoming films who hype their projects and extol the importance of the theatrical experience. The crowd, dominated by movie theater owners and employees from across the country, are asked not to record any of the sneak-peek footage but are welcome to take pictures of the superstar appearances.

But Disney has taken a strict "no phones" policy at CinemaCon, simply showing footage from its upcoming films while reserving star appearances for its own D23 fan convention in Anaheim, California. With stars and their agents likely more reticent to travel to a theater-owner trade show in a city with rising infection rates, studios that do move forward with slate presentations this year are likely to keep them footage-only.

CinemaCon has taken measures to make sure the virus doesn't spread at its events, requiring attendees to show proof of vaccination or a negative COVID-19 test taken within 48 hours of the event to receive credentials. But there is only so much NATO can do given that the convention is taking place in a Las Vegas casino filled with thousands of people traveling from abroad, many of which are likely not vaccinated. Clark County health officials have reinstated mask requirements for employees but stopped short of mandates for visitors.

CinemaCon will be held from August 23-26.
*Related stories from TheWrap:*

Inside CinemaCon 2019: Disney's Might, Hollywood's Diversity and 'F-- Netflix'