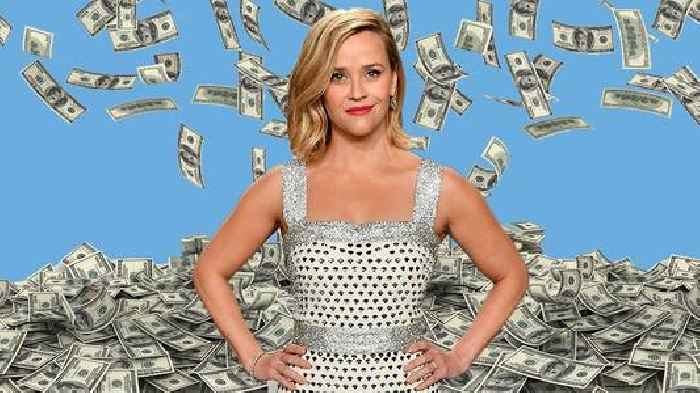 As might be expected, Tom Staggs and Kevin Mayer, the former Disney execs who are acquiring Reese Witherspoon’s Hello Sunshine company in a $900 million deal, are bullish about their shiny new toy, the anchor of their as-yet-nameless Blackstone-backed media company.

“It’s not a production company, first of all. It is a pretty well-configured, multiple business-line company, and is really a next generation company,” Mayer explained in an interview with TheWrap a few hours after the deal was announced on Monday.

But outside observers of the deal seem to be split right down the middle, calling the acquisition of Witherspoon’s female-focused content company for a $900 million valuation either a “brilliant move” or a faulty equation that just “doesn’t add up.”

Although $900 million is small change — well, smaller — compared to Amazon’s recent acquisition of MGM for $8.45 billion, it’s a landmark sum for a content company without a distribution arm or extensive library of content. And Monday’s announcement has some industry watchers questioning the financial soundness of the deal.

“It is hard for me to understand any rational economic argument for this for this kind of valuation,” a Los Angeles entertainment attorney attorney who declined to be identified told TheWrap. “It isn’t like buying the MGM and getting the catalog of products they’ve done,” he added, noting that the storied Hollywood studio boasts a library of 4,000 films and 17,000 hours of TV programming.

While Hello Sunshine has produced hits like HBO’s “Big Little Lies,” Hulu’s “Little Fires Everywhere” and the Apple TV+ series “The Morning Show,” it doesn’t actually own that content. “You don’t have the option of redos or monetizing streaming rights,” the attorney explained. Still, he expects the valuation will lead to production companies seeking similar big-money deals. “It’s not like these guys are in the business of throwing away money… I’m struggling to understand, unless the thinking is, ‘There’s some other sucker who will come along and take this off our hands later, so what would be the harm?'”

“To me it’s smoke and mirrors,” Schuyler Moore, a partner in the corporate entertainment department of Greenberg Glusker, told TheWrap. “They effectively got a $120 million investment that gets paid back first. That does not establish the value of the company.”

An individual close to the deal said Blackstone had “preferred” shares typical of this kind of investment, paid out first only in the event of a change of ownership.

One senior Hollywood executive faulted Mayer and Staggs’ acumen for managing a content-based company. “Kevin and Tom are brilliant businessmen with absolutely no experience in content,” the executive told TheWrap. “They don’t have any grasp of the guts of these businesses, which is story and IP and talent.”

The executive was skeptical of Mayer and Stagg’s explanation for the deal in TheWrap’s interview, talking about creating “a well-balanced future-proof” company with branches in film and TV, podcasting, e-commerce and direct-to-consumer through its 2.5 million-subscriber book club. “Their defense of the acquisition was anemic,” the executive said. “They are deal guys. They are trying to flex and be big guys backed by Blackstone. But that interview shows they have the lingo and the jargon but — Hello Sunshine is the centerpiece of their new company? It doesn’t add up.”

Mayer and Staggs did not respond to requests for comment on this story. But an individual close to them noted that they made the acquisitions of Pixar and Marvel while at Disney and empowered capable content executives to succeed — and that Disney was initially criticized for overpaying in those deals, only to be proven right.

During a Tuesday conference call tied to Discovery’s second quarter earnings, Discovery CEO David Zaslav weighed in on the deal while addressing Discovery’s own strategies for success. “The toughest thing to do, is to put together a great library or a great menu of content or IP. That is the most difficult thing to do,” Zaslav said, perhaps in a nod to how Witherspoon’s prolific production shingle doesn’t actually have a library of films and TV shows that it owns outright. “Yes, we need a strategy for what the price is, is it ad or ad-light? Exactly how do you go to market in each country?

“But the toughest thing to do is to come up with a menu and have the strength of content to not only get people to come there, but get them to stay,” Zaslav continued. “And one of the things that’s happened since our deal is, you look at the Amazon deal or you look at the announcement of the Reese Witherspoon deal — almost a billion dollars for that basket of content. Eight, almost $9 billion for the basket of content that MGM has — a great company, Reese developed a great company.”

And the star stands to profit handsomely for her efforts. Blackstone will pay $500 million in cash for a majority stake in Hello Sunshine — buying out existing investors, including AT&T and Laurene Powell Jobs’ Emerson Collective, as well as a chunk of Witherspoon’s roughly 40% stake, the Journal reported. (According to a Forbes analysis, Witherspoon will collect an estimated $120 million, after taxes, and retain an ownership stake of at least 18% in her company.)

While Hollywood skeptics are plentiful, Entertainment Studios Network CEO Byron Allen is optimistic. Of course, Allen is not shy about spending money to expand his own empire: On Monday, he announced his own deal to acquire 10 TV stations from Gray Television for $380 million in his quest to create one of the largest U.S. broadcast groups.

“It’s a brilliant move,” Allen said of the Hello Sunshine deal. “Let’s look at the big picture: We are chasing 4-plus billion connected devices, that have trillions of dollars in advertising. Who cares what you pay for premium content? There isn’t enough of it to go around.”

Added Allen, “I am not at all surprised at the purchase price, because we do not have enough high-quality content in the ecosystem. These platforms are going to find they have a tough time getting their hands on high-quality content. The better talent is tied up until 2023, or 2024 — get in line. You need to lock down your content, and your supply.”

Tony Maglio and Sharon Waxman contributed to this report

Reese Witherspoon is "thrilled" to have closed a deal to sell her Hello Sunshine media business.

Reese Witherspoon is "thrilled" to have closed a deal to sell her Hello Sunshine media business.